​The Atlantic Audubon Society’s (AAS) mission is to promote the appreciation of natural environments and the needs of birds and other wildlife, work for preservation and sustainability of natural ecosystems, increase public knowledge and awareness of environmental issues through education, and to provide an avenue for individual participation in affecting environmental policy at all levels of government.

Atlantic Audubon Society (formerly known as the Stockton Bird Club) is the local, southern New Jersey chapter of the National Audubon Society.  The chapter began as a result of the Stockton College Bird Club's efforts to preserve a woodland area that served as a nesting site for a colony of Great Blue Herons. They reached out to birders in the local area for help, and as a result, formation of a chapter of the National Audubon Society was selected as the best avenue to accomplish that goal. The chapter was chartered in September 1974, and grew from its 45 member beginning to its present 500 plus members. That goal (protection of the heronry) was achieved in 2005 with the purchase of land by Atlantic County through the Green Acres program.

AAS became involved with the Brigantine National Wildlife Refuge in Oceanville due to the threat of major development pressure on the Refuge boundaries from the Historic Smithville Development Company. The National Audubon Society had just established a program to support refuges across the country called "Adopt-a-Refuge." AAS was the first chapter of the National Audubon Society in the U.S. to formally adopt Brigantine NWR (now Edwin B. Forsythe NWR). In 1995, the program changed to Audubon Refuge Keeper (A.R.K.) and we again were the first chapter to sign on to this version. Chapter volunteers have cleaned and refurbished trails, reorganized photo files, taken over weekly waterbird surveys when a biologist was lost due to a budget cut, and provided various activities at special events such as Refuge Day each fall.

The chapter was a driving force in getting NJ Department of Transportation to establish a volunteer Adopt-A-Highway program long after most other states had already instituted such programs. A photo survey of numerous dumping sites in Atlantic County and presentation of the results to the County Board of Freeholders led to the County Clean Roads. Road cleanups in Galloway and Hamilton Townships and the Somers Point-Ocean City road have continued.

Help save the environment, learn about what's going on with environmental issues, meet new and interesting people, have fun on field trips and other events, become active and join them in the sport of birding!

​If you are not a member yet and would like to join us, please click on Membership in the menu at the top of this page. 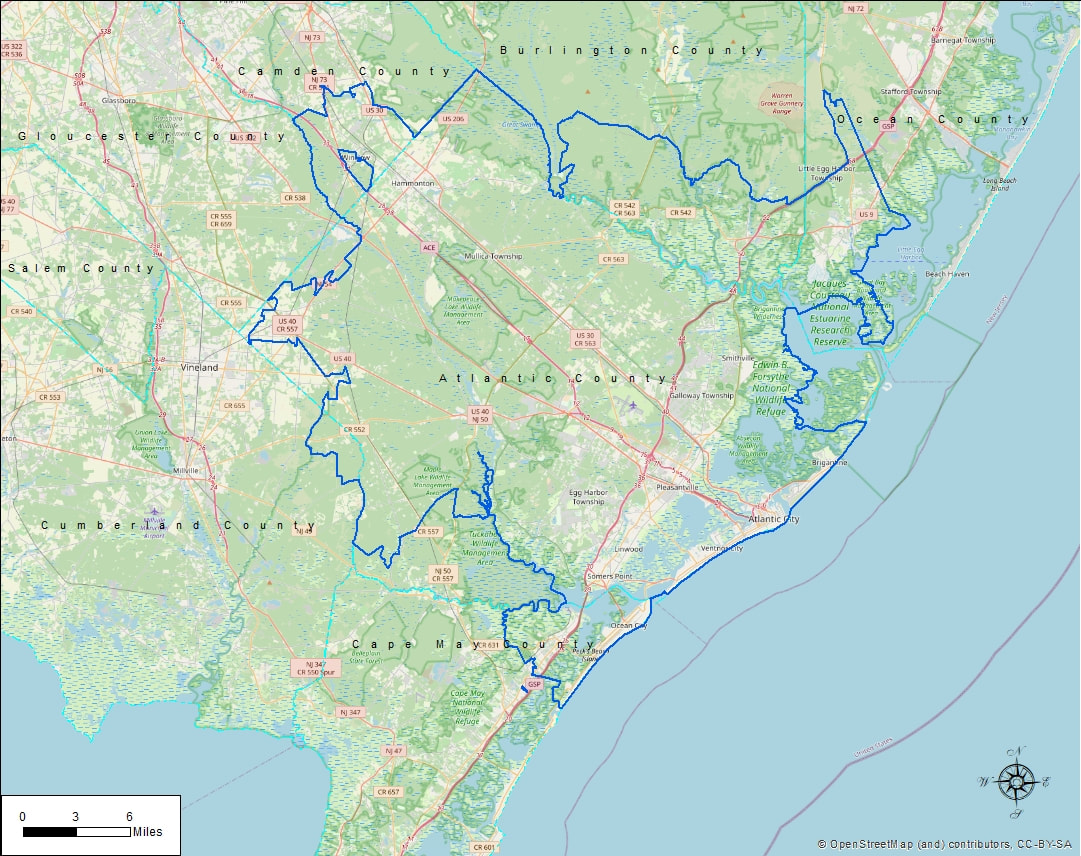