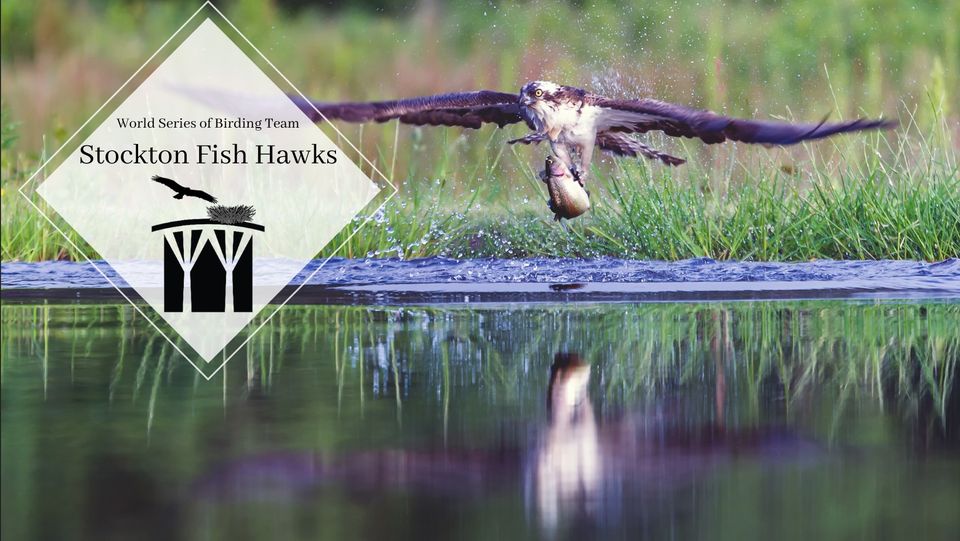 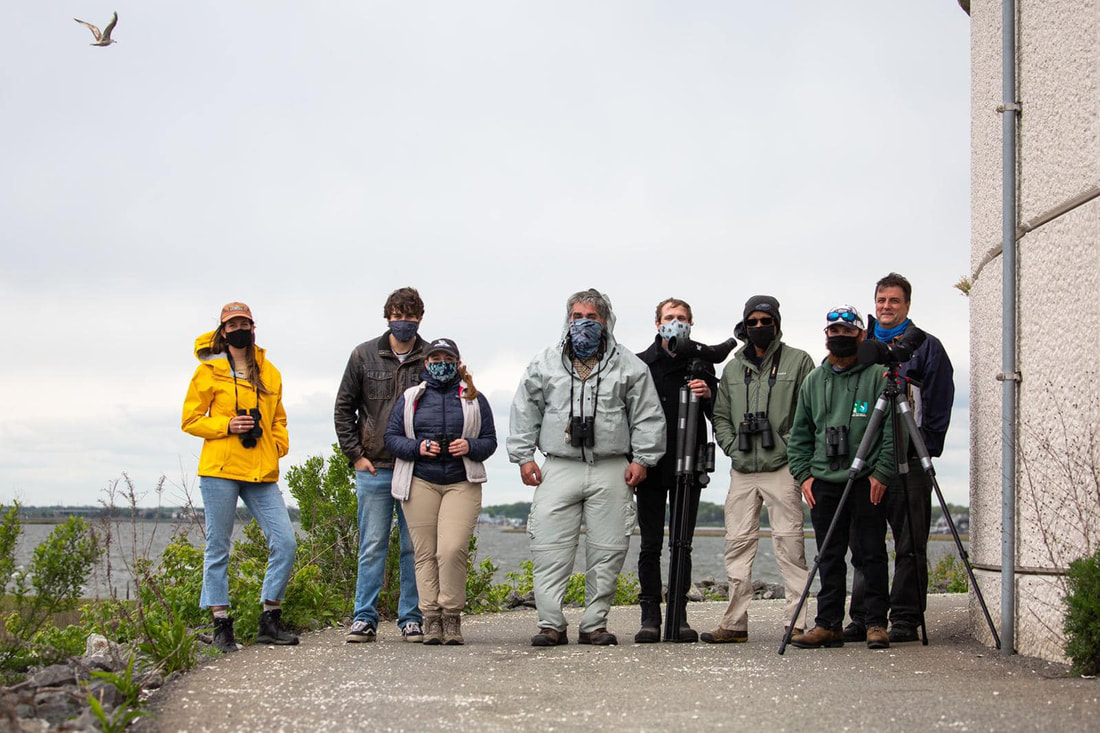 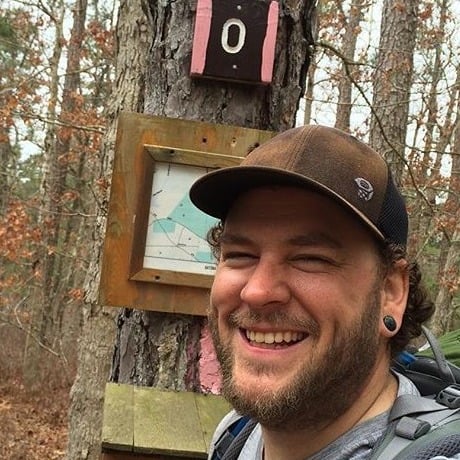 Welcome to the newest Stockton Fish Hawks team member, Scott Breeman. Scott graduated from Stockton University in 2007 with a degree in Environmental Science. He currently works as a Land Steward at Duke Farms. He has experience working with threatened and endangered species of shore birds and has done native grassland bird surveys. This will be a real asset for the team.
Here is his bio: "Growing up in the Pine Barrens near the New Jersey coast, I have always had an appreciation for being outdoors. My love of nature, more specifically botany, ecology, restoration and conservation was refined in my professional experiences in Arizona, New York and back home in New Jersey. I am passionate about the study and protection of natural resources. In my spare time I can be found hiking, birding, kayaking, painting or playing musical instruments."
Here Scott goes live:  https://youtu.be/hGn4g7OCUl0
https://youtu.be/_BBPPnnFdJw 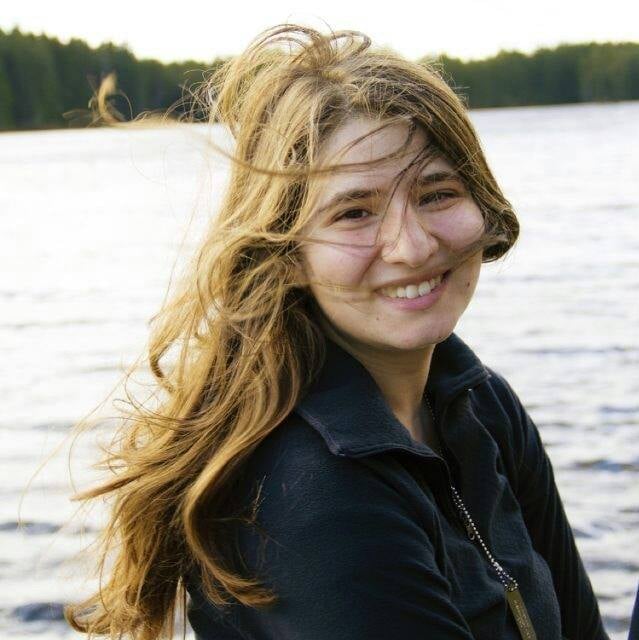 Meet Arianna Efstatos, an Environmental Science major, with minors in Biology and Mathematics. She was also one of Stockton University's "distinctive students". You can read about her work on carbon and wetlands here: https://stockton.edu/news/arianna-efstatos-dep-intern.html Wetlands and birds seem to go together and Arianna is also a skilled birder. Glad to have her on our team. 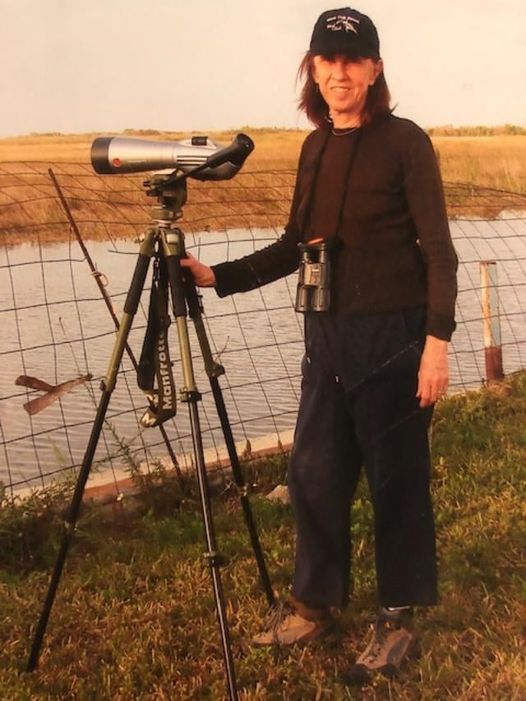 This is team member Linda Atkins. She is a Professional Psychoanalyst and Psychotherapist in practice in New Jersey and New York City.
An avid and dedicated birder and Conservationist Linda is the Founder and President of the Keep Conservation Foundation. Alarmed at the decline of birds due to loss of habitat, Linda founded the Keep Conservation Foundation in 1999 to purchase and protect land necessary for the survival and well being of migrating and nesting birds, mammals, reptiles and amphibians. Currently the Keep Conservation Foundation a 501 (C) (3) organization has protected land and created preserves in Port Republic, New Jersey, Egg Harbor Township, New Jersey, Germantown, New York, Tannersville, New York, and Maricopa, Arizona.
Linda previously participated in the NJ World Series as a member of the Keep Conservation Team.
Linda will be birding the KEEP Preserve in Port Republic and the surrounding area for our team. The team welcomes her prior experience in the World Series and well as her birding skills. https://njaudubon.org/.../PINEBARREN/Site/347/Default.html 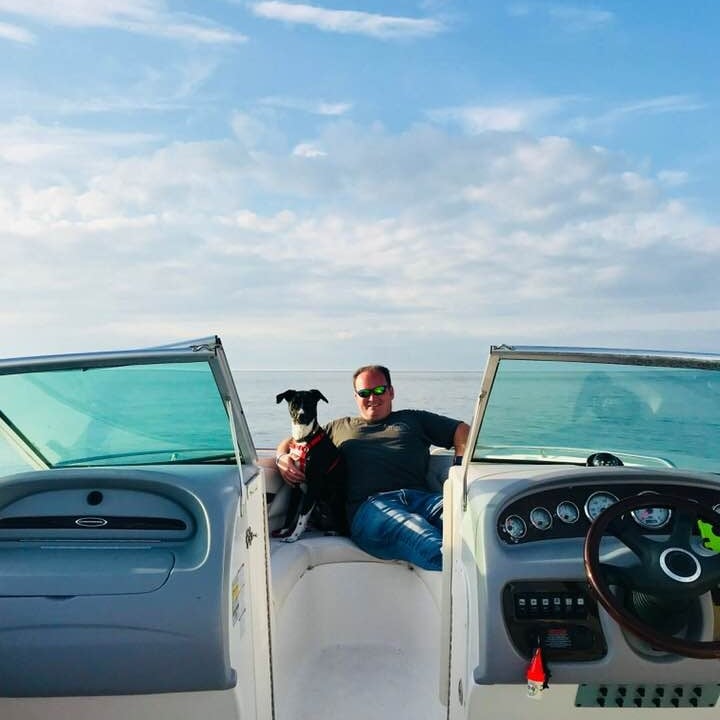 Member:  ​Welcome to one of our newest team members, Matt Remuzzi. Matt is a 2010 graduate of Stockton University with a degree in Marine Geology. Matt is also married to fellow Stockton Fish Hawks team member, Melissa Laurino. He is the full time captain of the American Star, which sails out of Cape May for the Cape May Whale Watch and Research Center, Inc.. Matt has captained the boat on several pelagic magic birding cruises and he and Melissa will be birding from the boat for us on the World Series of birding.
Matt started his career with the Cape May Whale Watch & Research Center in 2011 as a Marine Naturalist aboard the Twilight. He obtained his Masters Captain’s license in 2011 and served as a relief Captain aboard the Twilight and American Star until 2013 when he took over as the full-time Captain of the American Star. Captain Matt founded the CMWW&RC internship program in 2013, and assists naturalists and interns daily in collecting data for their Cape May Atlantic Bottlenose Dolphin Catalog. He serves as a liaison to Whale and Dolphin Conservation and a member of the team that developed Clean Ocean Initiative (Marine Debris Awareness Program). Captain Matt is always motivated to ensure that passengers get to witness and appreciate all of the marine wildlife that the Cape May area has to offer. Other experience includes field work studying carbonate formations in the Florida Keys for two field seasons; Vessel Operator and Naturalist Whale Sense Certified.
Trash Pickup Dec 13th 2020 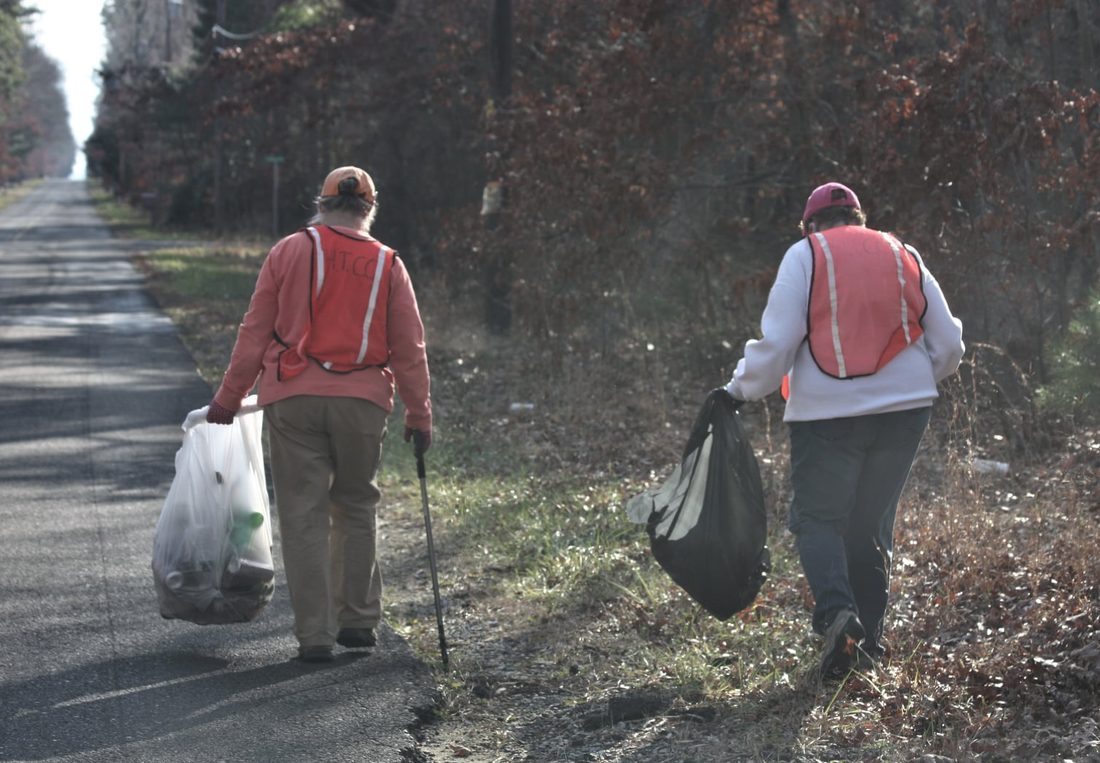 It was a beautiful day for a road clean-up. Hopefully, with more notice next year, we can get help for the four 2021 clean-ups. Today Marian and Janice did all the trash and recycling pick-up. I was in charge of bags and supplies and photos and followed with flashers on so no one would get run over. I think it should be a law that every single Wawa should have to field a road clean-up crew if they want to build a store. Besides beer cans, the majority of recycling and trash consists of food wrappers, juice bottles, Red Bull cans and plastic bags, all from Wawa!  Janice (black bag - trash) and Marian (white bag recycling)
AAS Holiday Christmas Part..... Dec 1st, 2019. Villa Rifici's 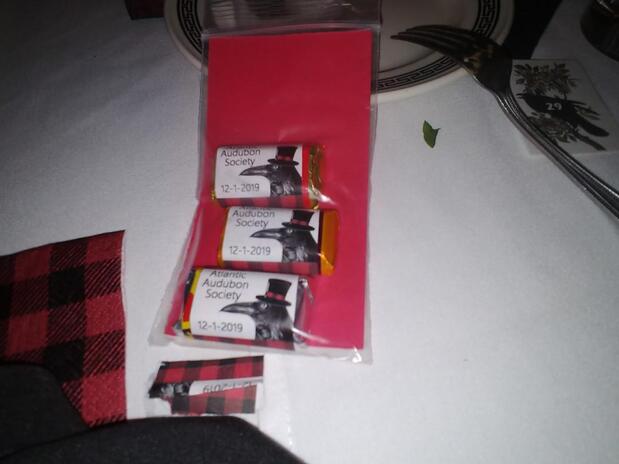 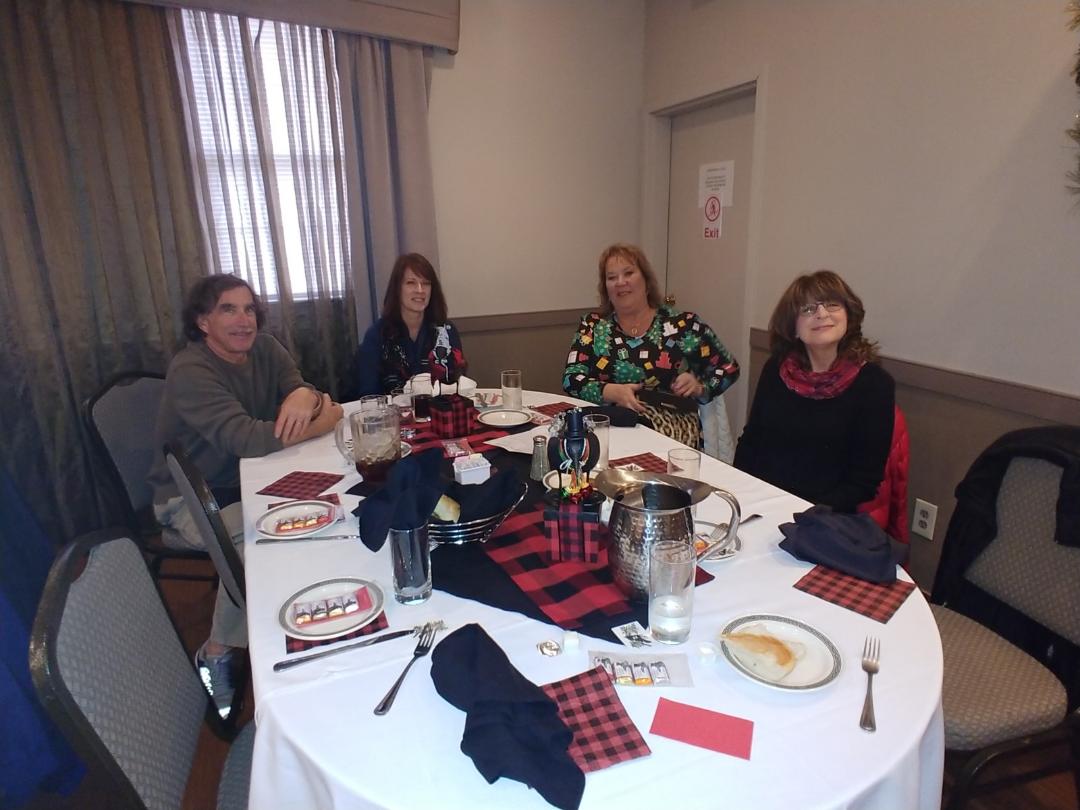 Galloway Ace Hardware and our Audubon Society!
Atlantic Audubon was busy this week. On Thursday we had a table in the bird aisle at Galloway Ace Hardware's Ladies Night event. Becky Hedden, Janice Weisgerber, Marian Jordan and Robin Riley-Wright spent the evening talking about birds with patrons, passing out literature, and signing up 9 new members. On Sunday we had a table at the Fair Trade Fair at Stockton. Jan Dalheim Beauvais, Marian Jordan, and Robin Riley-Wright spread the word about our field trips, bird walks, and meetings, and the joys of having a wildlife refuge in our back yard. We signed up 11 new members.

Photo below: Marian, robin and Jan at the Fair Trade Fair. 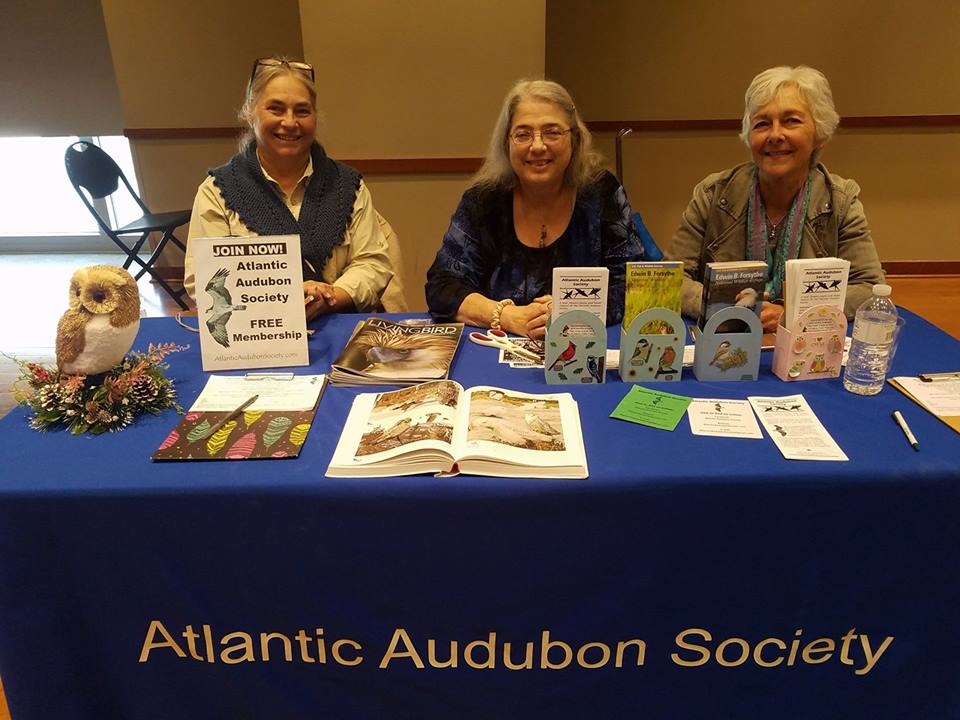 (RIGHT ABOVE) The second James S. Jones Memorial Award Winner is Alexandra (Allie) Van Ness.
Support our Yearly Fundraiser for the Atlantic Audubon Society. The AAS participates in local schools, offers curriculum....provides College Scholarships for local students. We are a Non Profit, so you get a tax deduction as well. Can't beat that, so ...give...give....give..... 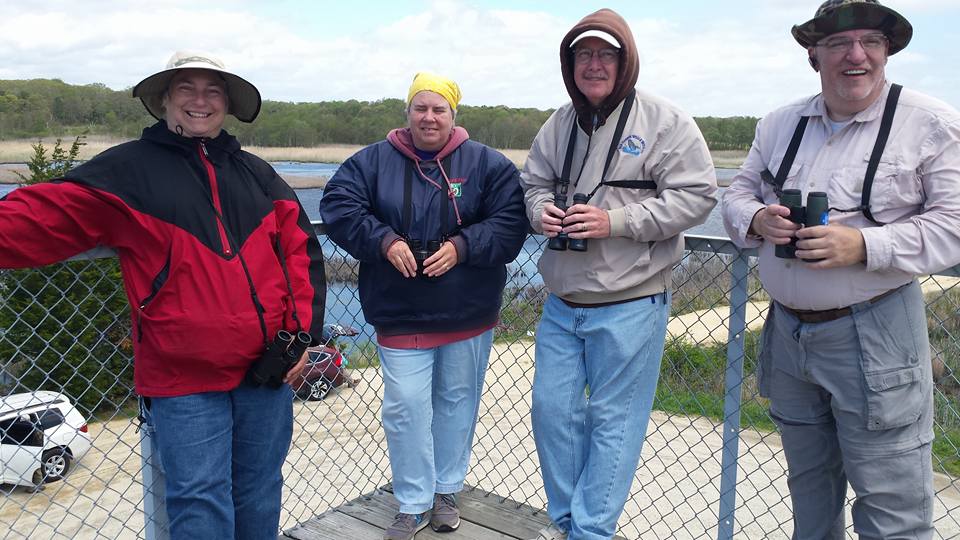 Marian  Jordan stated:...."The tapestry of spring greens kept their secrets as the wind shook our scope and binoculars so much that we couldn't pick out much in the distance. Our gusty day started at 4 am and ended mostly calmer at 8 pm with a spectacular scene of the setting sun reflecting on the clouds and water." 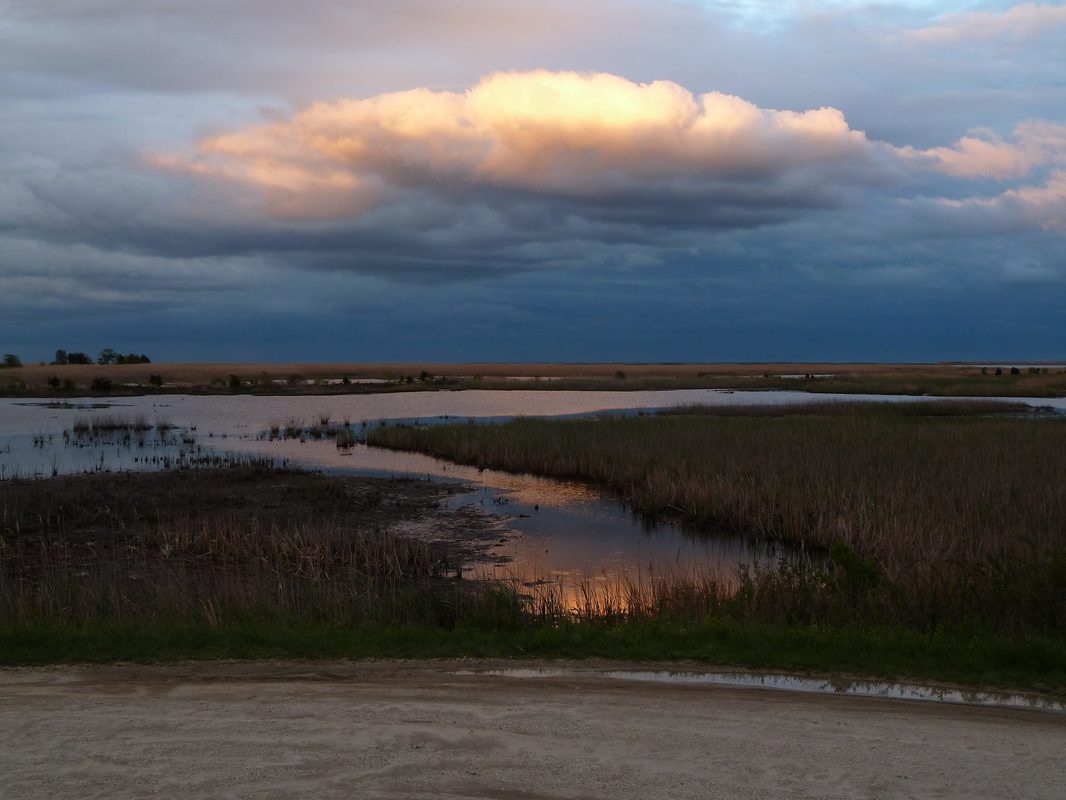 Christmas Party at Oyster Creek, 2016....were you there?
​
The Results of the BIG STAY and our Mighty Sitting Ducks.... 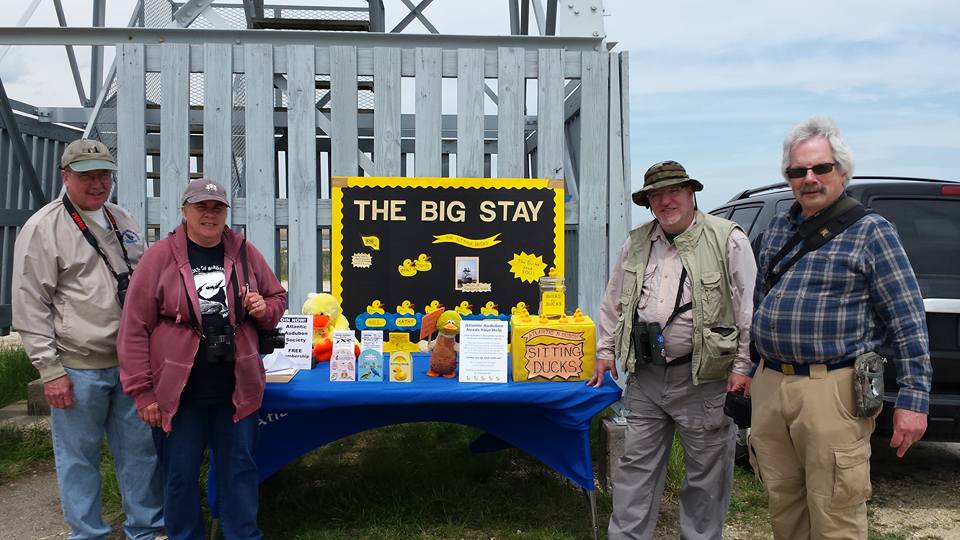 Results of the Big Stay Contest and World Series of Birding...2016. Well.....the Sitting Ducks did not win.....they came in 4th with a bird count of 68. First place went to FARE of NJ/Chimney Rock Hawk Watch with 120 species, Deckcissels with 81 and Cornell was third with 79 species. So...we didn't see as many birds but, they had fun doing so. Now, continue to donate as this is our main fund raiser which we use to grant college scholarships. So please return to the HOME page and see how to donate. But, just because the Big Stay Contest is over, doesn't mean our 'giving' is done...so please give as the money goes to an outstanding cause and this is 'tax-deductible'.

The AAS Booth at Stockton College

Robin....'birding' the AAS booth at Stockton College, March 12th....for 27th annual Pineland's Short Course. The birds were provided by John Rokita and you can see that Robin is loving her spring bird watching day. One of those birds appears to lack wings. Yes, yes...it is a gray fox. No, not a red fox, go figure. The toe tag says gray fox. Someone must have been colorblind.  She had quite a few -sign-ups as more joined the AAS and our membership grew. ....far out! 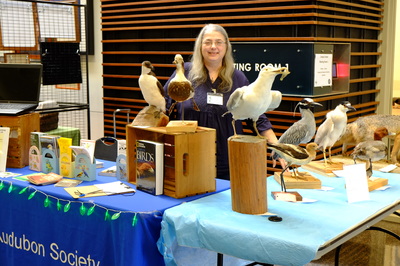 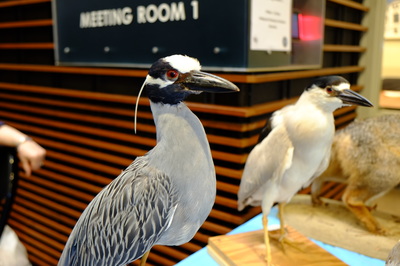 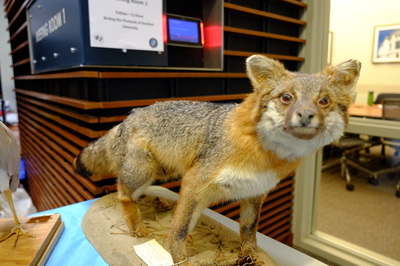 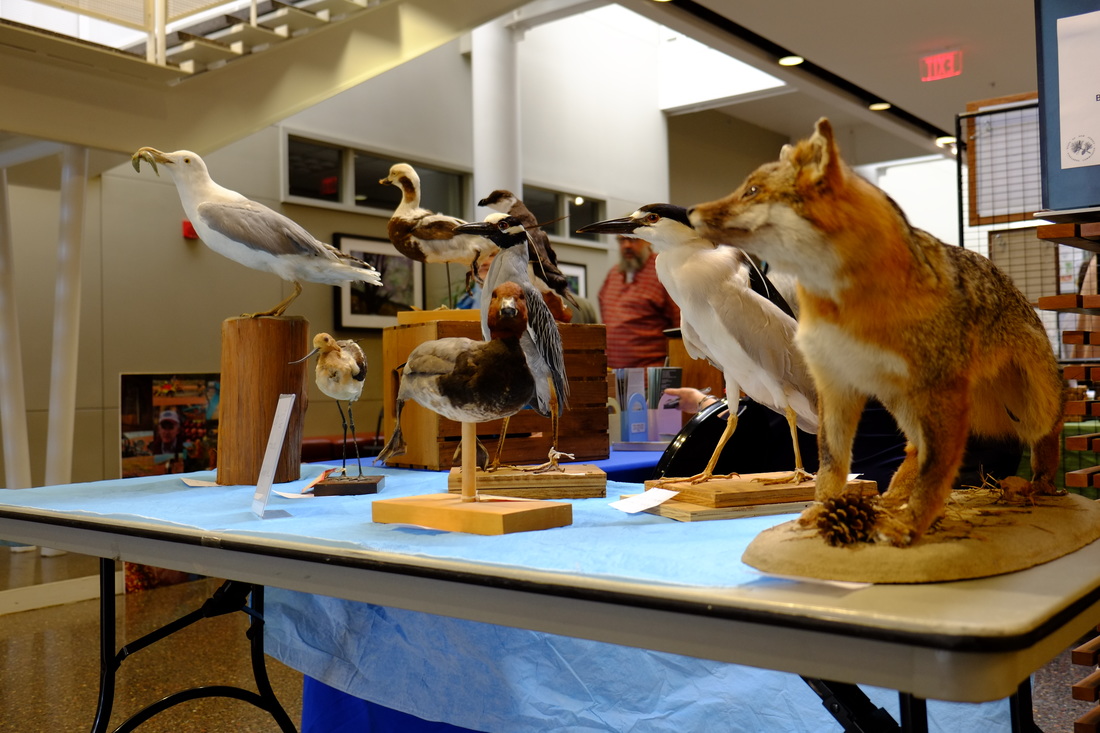 2015 and Earlier News and Events
Pineland's Short  Course at Stockton
Another successful vendor day at the Pinelands Short Course at Stockton University. Robin Riley-Wright, Lisa Ryan, and Lester Block spent the day telling people about Atlantic Audubon, handing out literature, and signing up new members. Lester lent us some stuffed birds from Stockton's ornithology lab for our table and they really helped to draw people in. Below Robin Riley Wright manned the 'table' with Lisa Ryan and Lester Block. Notice the 'stuffed birds/taxidermy'.... Lester Block was kind enough to borrow these examples from the Ornithology Lab from Stockton College. The specimens were a Yellow Crowned Night Heron, a Black Crowned Night Heron and one lone Razorbill that was washed ashore in the 80's  and maybe....maybe....found by Ed Goldman as a younger lad wandering the beaches of South Jersey. He remembers finding it and turning it over to Stockton College. So perhaps 'one and the same'...a full circle.
Our GIG at Ace Hardware in Galloway
On Saturday, February 21, Atlantic Audubon hosted a table at Ace Hardware in Galloway. Becky Hedden, Cindy Smith, Kevin Lippert and Robin Riley-Wright talked to Ace customers about bird watching, bird feeding and birding supplies. We signed up a few new members and had a great day talking about what we love....BIRDS! This Ace Hardware store is an particularly great store to purchase bird feeders, supplies etc. In the end, this store ended up donating money from the proceeds to AAS.... Nice going ! Thanks...... 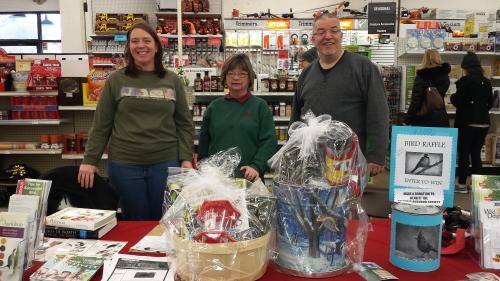 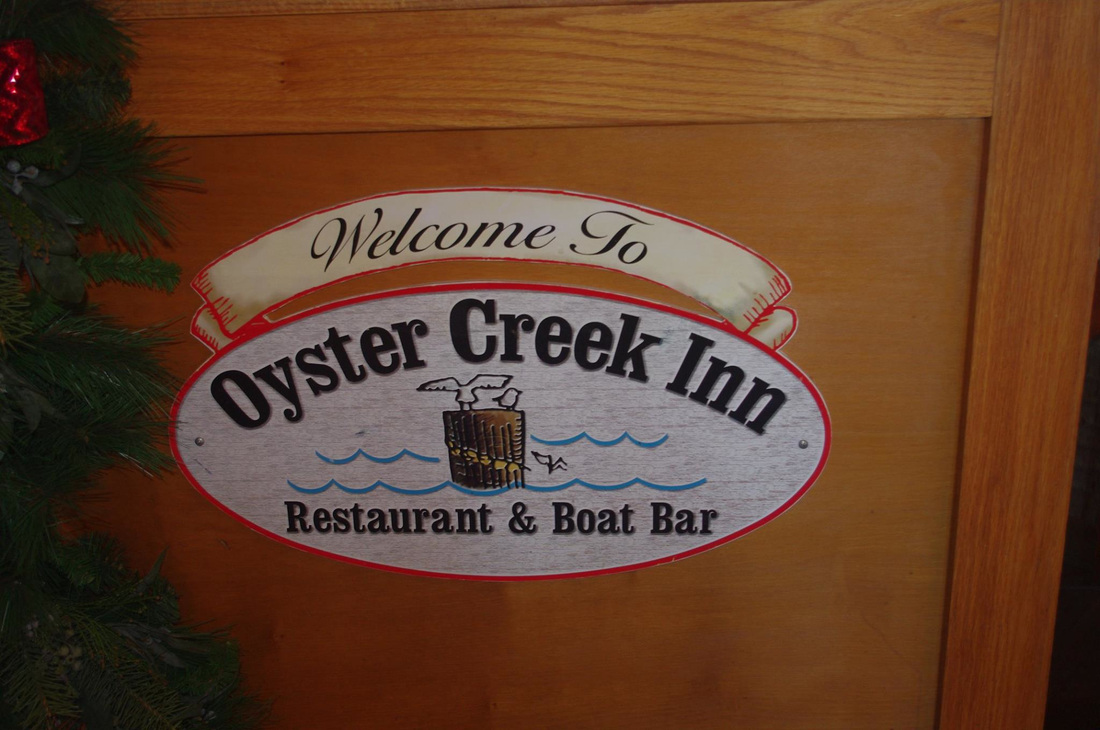 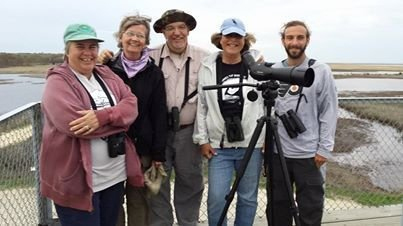