We are excited to be able to have walks at Edwin B. Forsythe National Wildlife Refuge again so watch out for information as we get closer to Spring of 2021! If you have any questions, please contact Atlantic Audubon at atlanticaudubonsociety@gmail.com, phone Becky Hedden at 609-384-4599, or send us a message via our page on Facebook.

Saturday May 22, 2021 John Rokita and Lester Block led a field trip/birdwalk at Edwin B Forsythe National Wildlife Refuge in Galloway Township. Fourteen people met in the parking lot (and few more caught up later ) We observed 81 species that day on a 3.5 hour walk. Here is the list of the birds we saw: 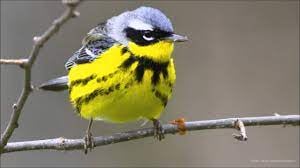 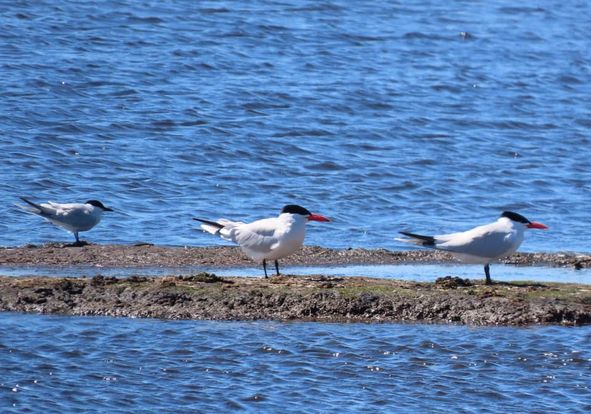 ​This was the 3rd of 9 consecutive Saturday morning walks. Join us next Saturday,April 24, 8:00am, in the parking lot in front of the Visitor Center. Bring insect repellent spray or wipes, binoculars, water. MASKS REQUIRED, even for those of us who are fully vaccinated. Hopefully we'll pick up a few more migrating warblers and a few other birds that have been sighted recently (e.g. indigo bunting, short-eared owl, white-faced ibis, brown thrasher, Northern parula, ruby-throated hummingbird).
April 10th, 2021....Second Bird Walk of  Season Results 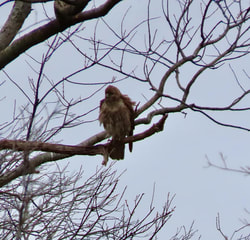 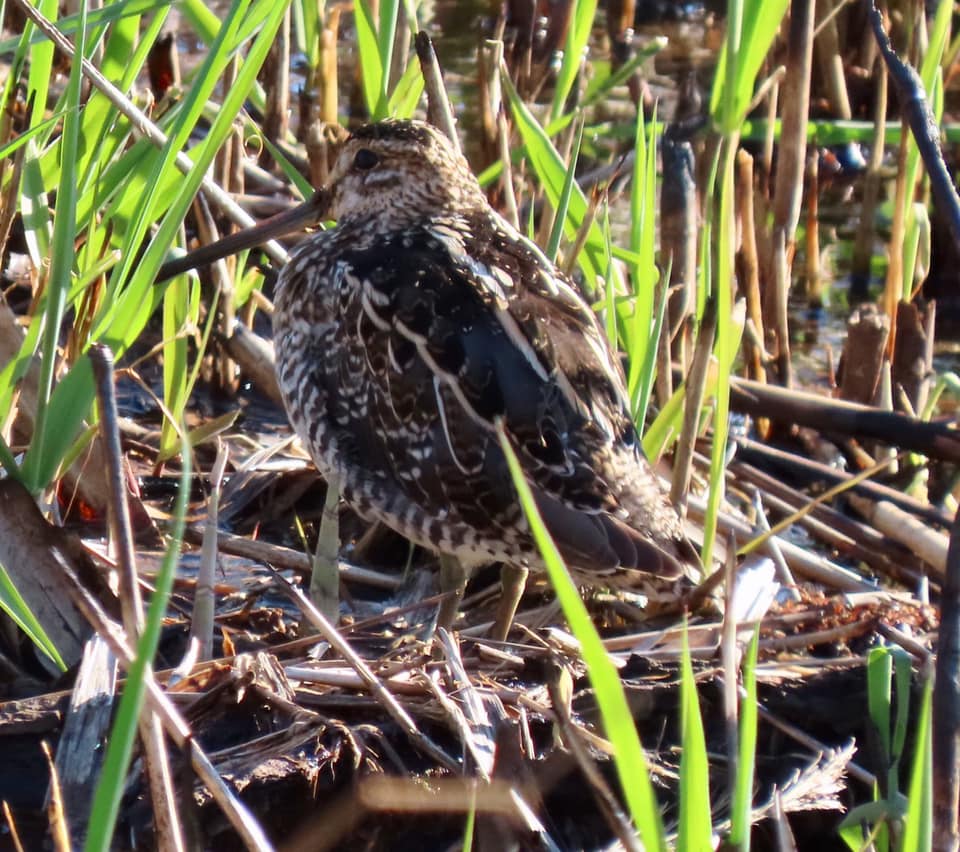 First Bird Walk....Charles, Roz and I joined Kevin Lippert (walk leader), Pat Taylor, Bill Elrick, Alice Sikora, Brandon Henry, and Shawn at Forsythe NWR for the first Saturday morning Atlantic Audubon bird walk of the season. It was 27 degrees when we started, but winds were light and skies were bright. Walks will continue every Saturday in April and May, beginning at 8am from the parking lot near the Visitor Center. All are welcome! MASKS REQUIRED, even if you're fully vaccinated.
​
Kevin tallied 54 species today, including bald eagle, osprey, Northern harrier, red-tailed hawk, sharp-shinned hawk, Wilson's snipe, brown thrasher, Eastern towhee, hermit thrush, pine warbler, blue-gray gnatcatcher, Eastern phoebe, Eastern bluebird, tree swallow, purple Martin, Northern flicker, downy/hairy/red-bellied woodpeckers, song/swamp/field/white-throated sparrows, great blue heron, great egret, wood duck, Northern shoveler, bufflehead, Carolina wren, Carolina chickadee, tufted titmouse, white-breasted nuthatch, Northern cardinal, yellow-rumped warbler. Not bad for this early in the season and such a cold morning!
Here are photos of the Wilson’s snipe, Northern flicker, tree swallows, and a muskrat lodge.
Dec 30TH 2020--Forsythe
Hanging around Forsythe Dec 30th, 2020 as birders await the Townsend's Warbler from appearing. It was rumoring by those in attendance that the Warbler has been appearing lately around the Parking Lot and into the trail area around 1:30 each day. Well, today they were pretty close. The Townsend's was sighted in the Parking Lot trees on the road leading in. He led us down a path from tree to tree to tree. Many photographers got 'perfect shots'.......   Success for many. 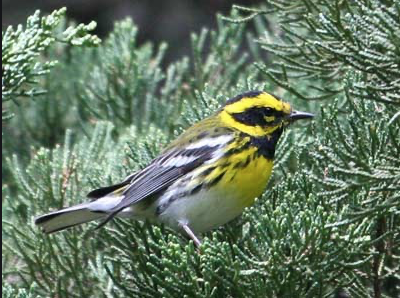 ​This from Jesse Amesbury as posted on New Jersey Birders...check it out if you want photos. Results of the pelagic trip on the Cape May Whale Watch and Research Center....looks like it was a great trip....make sure to sign up for their next one!
"Another very successful pelagic trip in the books with the Cape May Whale Watch and Research Center Inc this past Friday (Dec 11th). The star of the show was the sheer numbers of birds. I have never been on a pelagic trip where I didn’t know where to look. There were feeding frenzies of birds everywhere and almost an over whelming amount of birds to sift through. The final total throughout the day was a whopping 1,523 Red Phalaropes, 385 Black-legged Kittiwakes, and 1,774 Bonaparte’s Gulls. However, the best bird of the day was no doubt an adult Little Gull among a group of Bonaparte’s Gulls allowing for an awesome comparison. Other birds seen include 1 Glaucous Gull, 2 Dovekie, 8 Razorbill, 3 Parasitic Jaeger, 33 Manx Shearwater, and 1 Great Shearwater. Other non-avian highlights include 1 Great White Shark(!!), 1 Fin Whale, 7 Humpback Whale, and 10 Common Dolphins.
Saturday October 3rd, 2020
A beautiful crisp Fall day for the 5th of our nine Sept-Oct Saturday morning Atlantic Audubon bird walks at Forsythe NWR. 81 total species; highlights included ovenbird, common gallinule, Blackburnian warbler, belted kingfisher, marsh wren, yellow-bellied sapsucker, clapper rail, red-breasted nuthatch, black-throated blue warbler, black-and-white warbler, Northern Parula, palm warbler, pine warbler, yellow-rumped warbler, common yellowthroat, American redstart, golden- and ruby-crowned kinglet, red-eyed vireo, brown thrasher, Eastern kingbird, bald eagle, osprey, Northern harrier, red-tailed hawk, Cooper's hawk, sharp-shinned hawk, merlin, gadwall, American coot, Northern pintail, pied-billed grebe, greater yellowlegs, Baltimore oriole, and Caspian tern. Thanks to Renee Rubin and Michael Stanton for keeping the group's complete bird list:
​
Edwin B. Forsythe NWR - Volunteer-led Saturday Morning Bird Walk (22 participants)
Oct 03, 2020....7:44 AM - 1:24 PM {5 hrs 40 minutes).....Traveling 3.14 miles 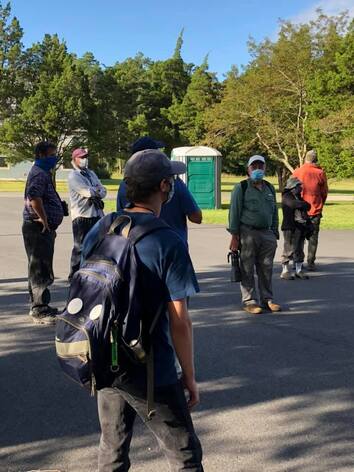 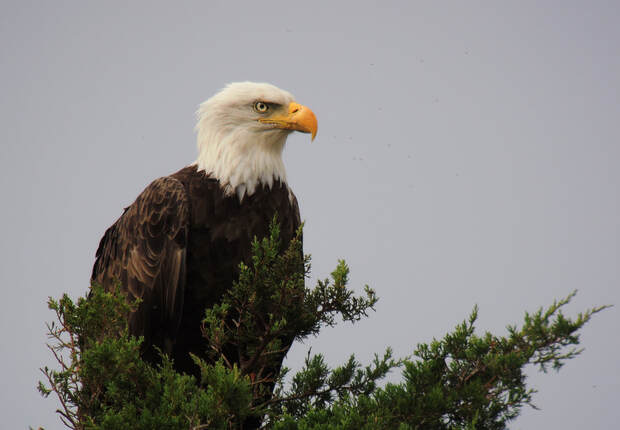 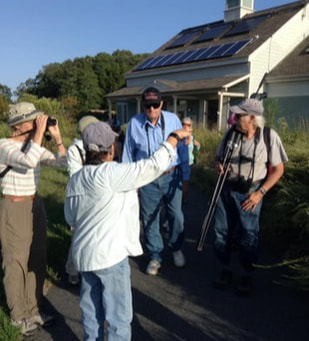 Our last birdwalk of the Spring was today May 25th, 2019. We couldn't have asked for better weather! 16 people started the trek at 8am....John Rokita and Lester Block led. We saw a total of 70 species. Here is the list of what we saw. 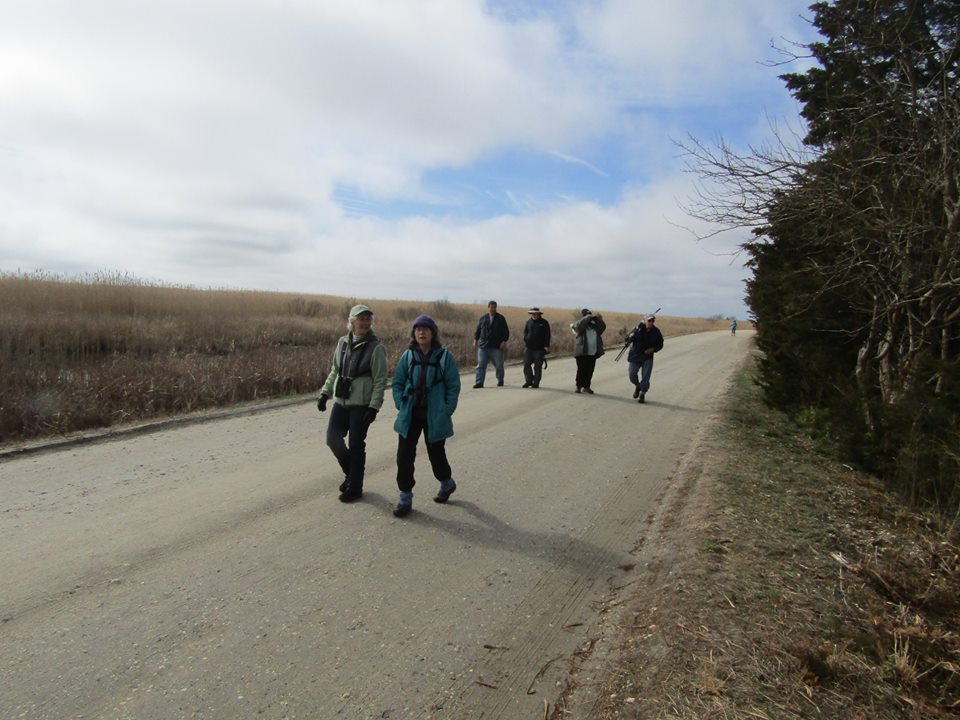 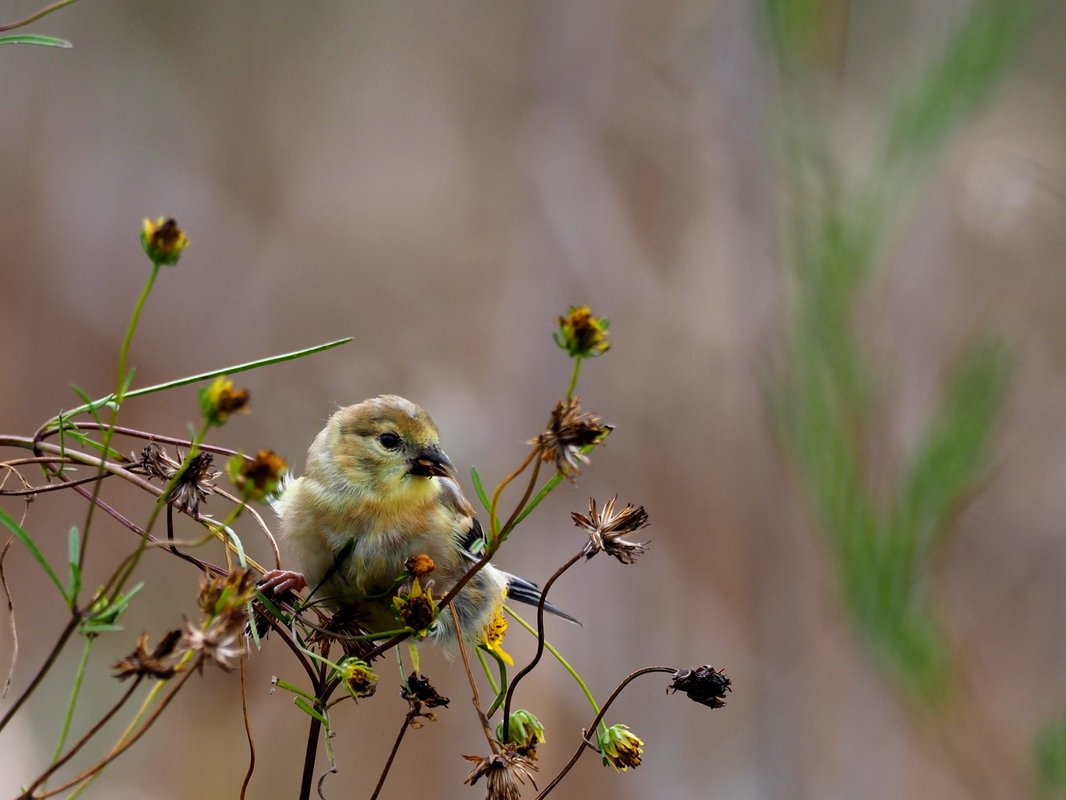 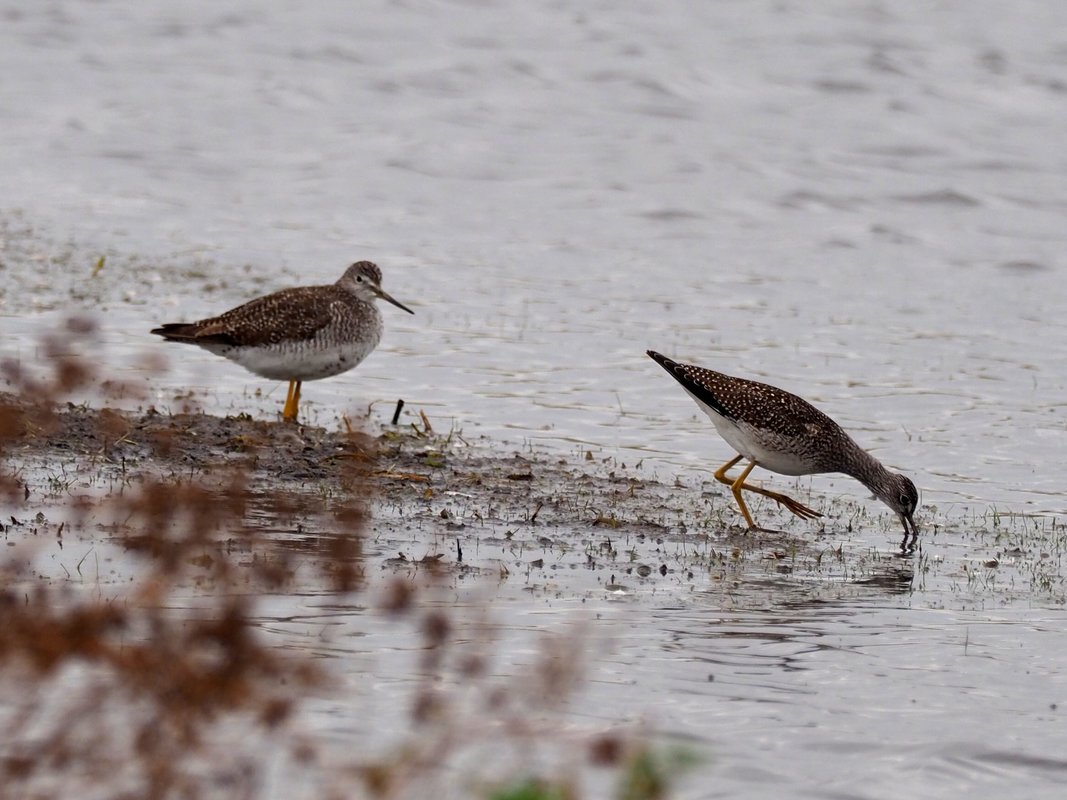 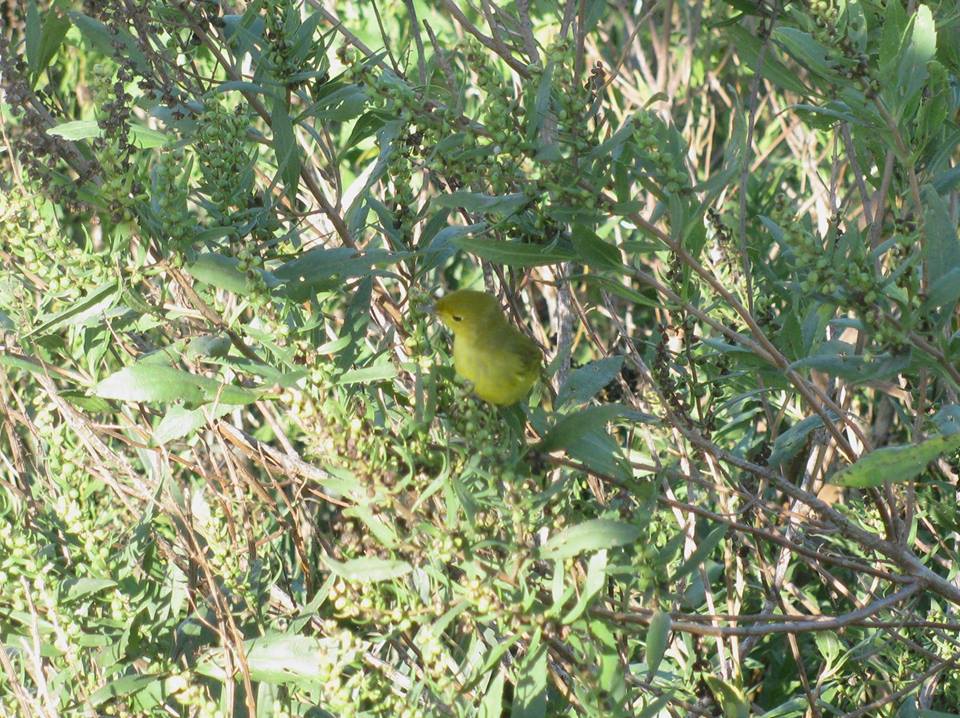 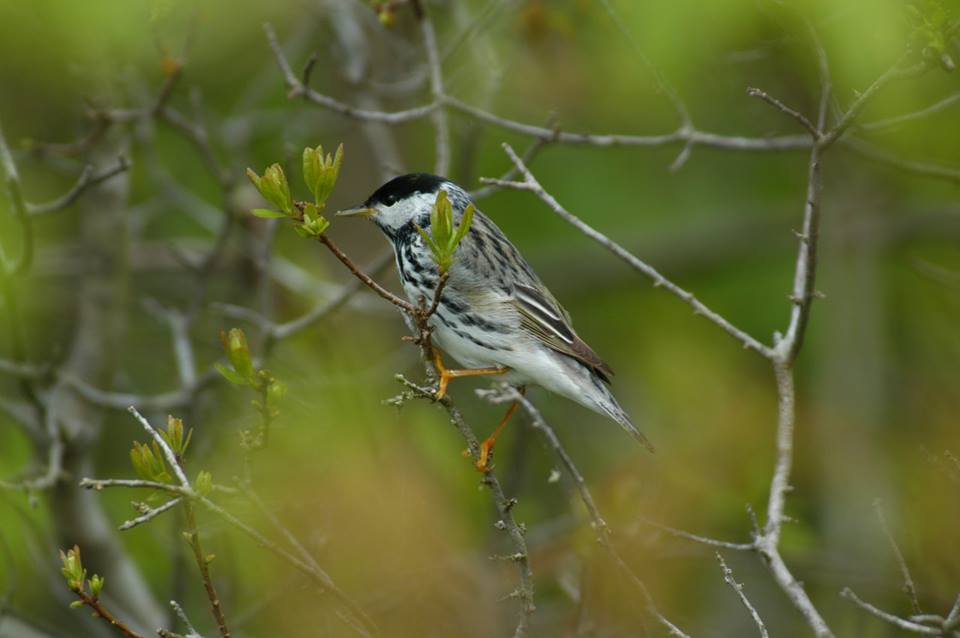 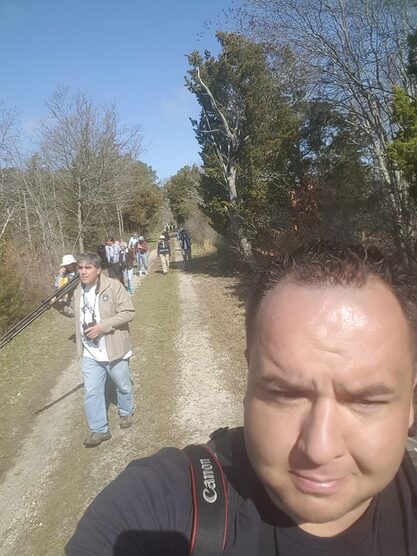 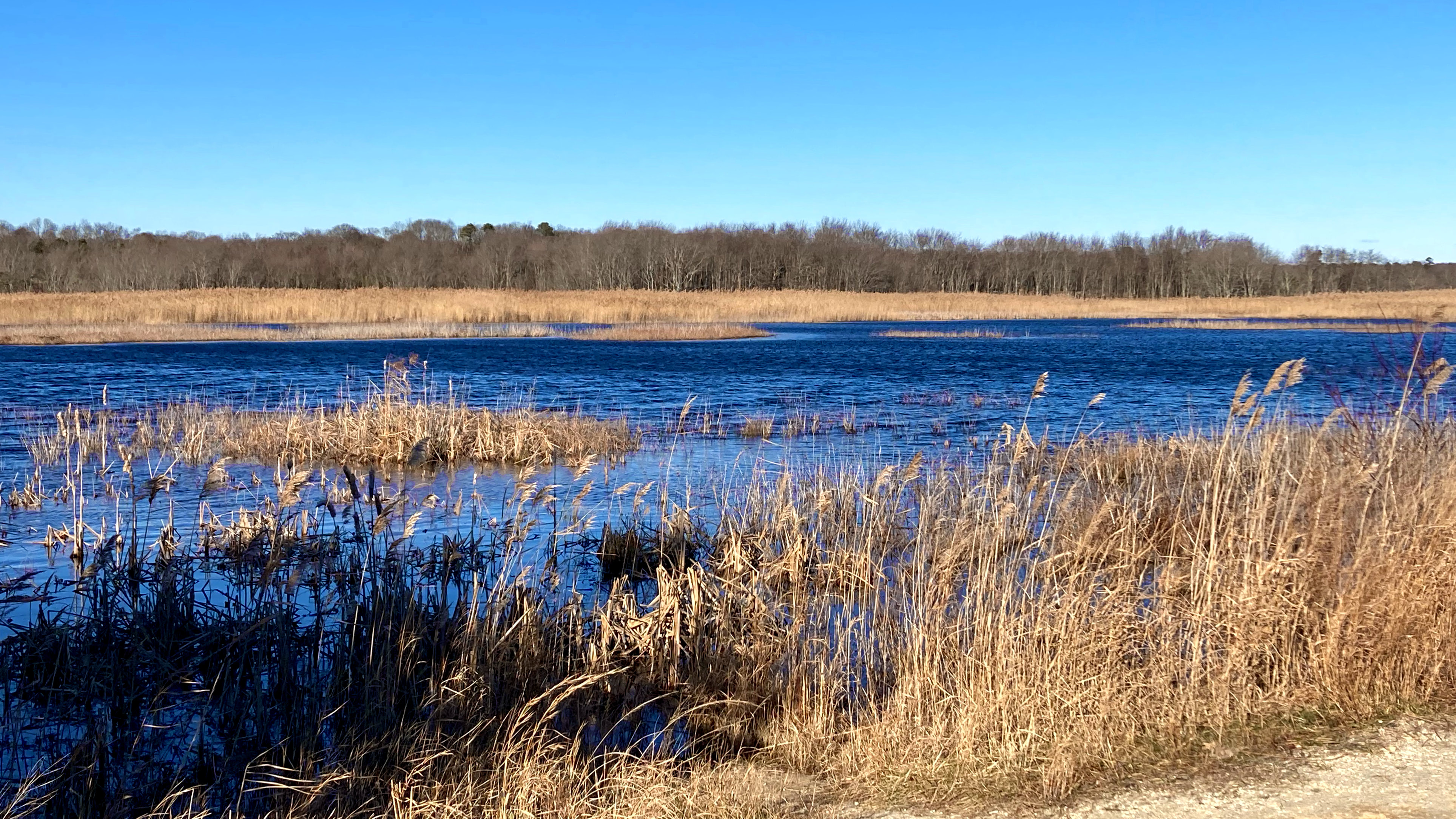 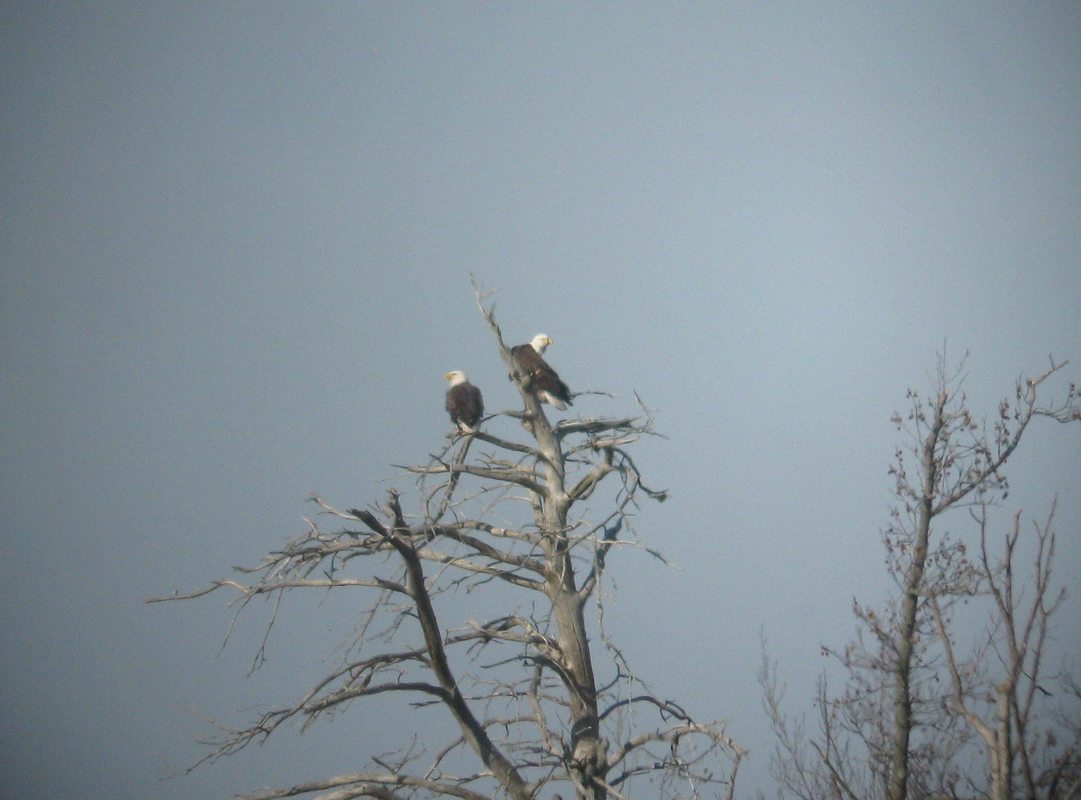 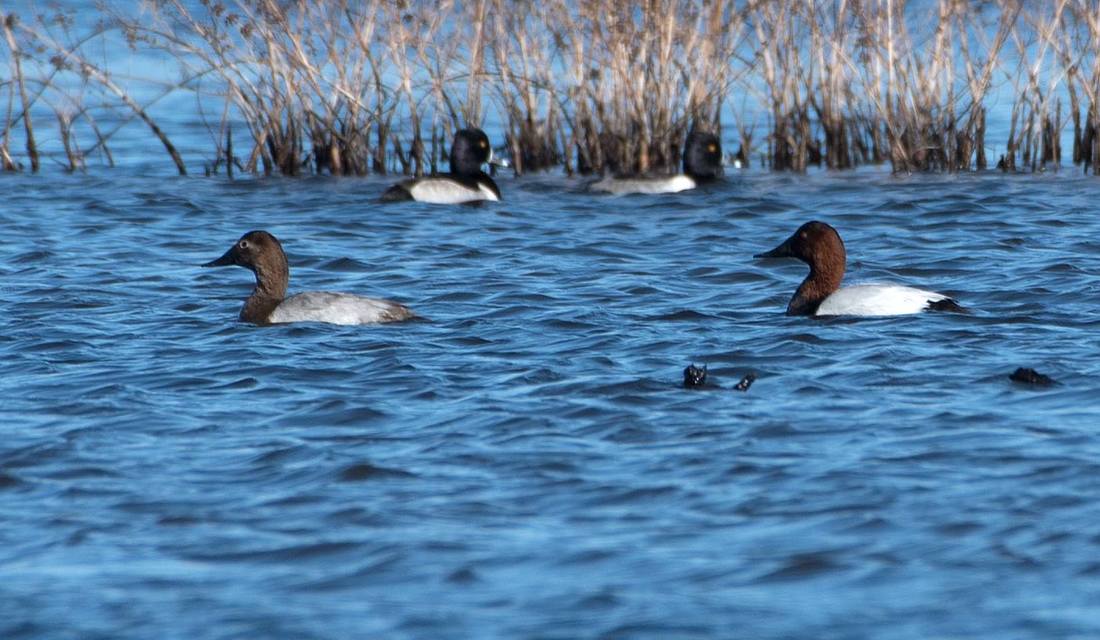 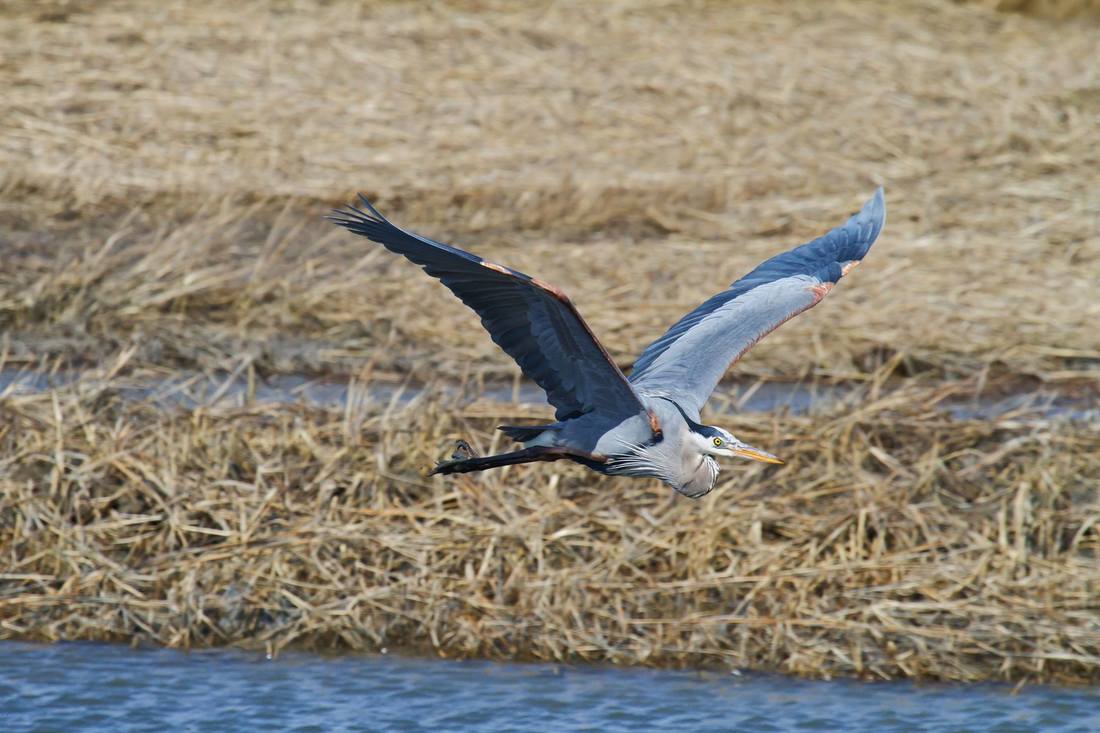 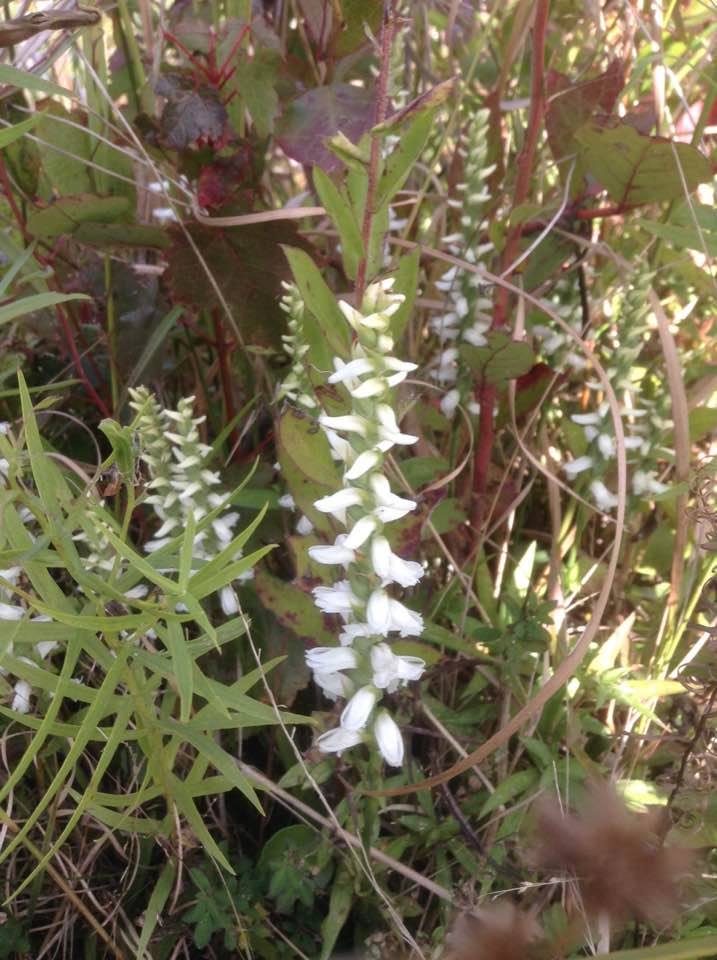 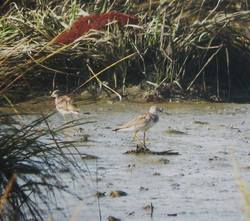